The Titleist AP2 Irons are designed for tour but also comes in handy for amateur players. There are different irons in this line from Titleist, and players have learnt to choose the best based on the needs. Titleist has produced a high number of irons, but the AP2 came as an improvement to the irons already on the market. The most distinguishing feature of the irons is forgiveness, great feel and comfort, and its look at address.

If you are on the market shopping for an iron with a premium feel and a premium price tag, the Titleist AP2 is one of the lines you should consider. Every aspect of the irons lowers the center of gravity and increases the forgiveness of the iron. You need a club that matches your level to be successful at golfing. If you are an amateur, a good club will help you master the game. For seasoned players, you need a game improvement or a tour iron. The Titleist AP2 delivers for both newbies and veterans.

There are different models in the Titleist AP2 line of irons. It is a very diverse line, offering irons for every player. It is created to offer high and consistent speed irrespective of the experience level of the handicapper. The irons are fitted with high density tungsten weighting. This positions the CG lower than most of the irons on the market. With a low CG, players are able to get the irons perfectly aligned at impact and this enhances speed, letting you shoot for long distances.

On some of the iron models, the tungsten weights are distributed along different parts of the clubhead, bringing a balance that enhances the performance of the club. On some of the irons, the tungsten weights are pro-forged, this means they are part of the club head. This will mean you have one club head that performs exemplary. On others, the head is forged before and the weights are added. These added weights are forged into on the head and, therefore, no screws or bolts are used. Irrespective of the method in which the weights are added, they serve to lower CG, give you great control, and increase forgiveness.

The unit is forged from carbon steel. While the material does not offer a springy feel when you hit the ball, it still feels great on impact. The irons have a cavity with an insert at the back of the iron. The cavity and the insert reduces vibrations at impact and also creates a balance on the club head.

The irons are designed with a wide sole. Though the sole is not the widest on the market, it is large enough to offer consistent spinning when you are playing and this enhances your game.

The AP2 iron line from Titleist looks great at address and also performs exemplary for low level and high level handicappers. These irons sport a compact size with a thin topline and minimal offset. Even their soles are not as wide as some of the widest soles on the market such as the Callaway Apex. This adds to the compact and sleek look of the irons.

The balanced nature and the low CG offers great control to the player. Granted, the irons feel easy on the hands and the player will feel the control. At impact, the irons feel light. If you are using the long irons, 3 – 7, the feel is even lighter. The unit is fitted with stock shaft and grip. The lightweight shaft allows low launch, but with the heavy head, the irons can offer high launch. Its firm grip offers more control for the players, allowing them to hit the irons even better.

On impact, the irons produce the conventional soft click that is accompanied by a thwack from turf interaction. Mishits will also produce the same click, but will have more emptiness in their tones, letting you know you missed the sweet spot.

Given the low center of gravity, the irons have a soft and forgiving feel.

The performance of the Titleist AP2 irons is the same across the models even on the upgrades. The latest 718 performs as well as the 710 model in the Titleist AP2 line of irons. The irons are designed for players who want to do it right and be in control of their game. Whether shooting for short or long distances, the irons will offer great precision. The overall design of the clubs are geared towards increasing speed and distance covered. This lets you hit the ball to the greens amidst trees and other hindrances.

The Titleist AP2 is not created for low or high launches. It offers mid-level launches, but has the ball flying in the fairways at high speeds. Seeing that the irons offer the player great control, the player is able to hit the sweet spot most of the times. The uniform thickness of the sole also enhance the performance of the club. Each unit offers great playability with the relatively wide sole, though not as wide as Callaway irons, reducing spinning, and offering more consistent performance.

The co-forged construction of most of the irons on Titleist AP2 line of irons with the added high density tungsten make them some of the most forgiving irons on the market. The design of the irons increases the moment of inertia, MOI, enhancing the speed of off-center hits. This means that even missies will still give you close to good results. This makes this line of irons ideal for amateur golfers.

Again, the clubs are well balanced for enhanced playability. This reduces the chances of off-center hits and makes your games much more interesting.

The loft of the irons start at 21 degrees in 3-iron and ends at 60 degrees for W. The lie ranges from 60 to 64 degrees across the lengths. At any lie, any of the irons will offer you a great shot. The wide range of loft makes it easier to handle any shot.

While the performance of the Titleist AP2 irons is great, you will have to pay a premium price for a set. The price might not favor an amateur, though the features and the benefits might. This is the reason the irons are marketed as tour driven.

How Does It Compare? 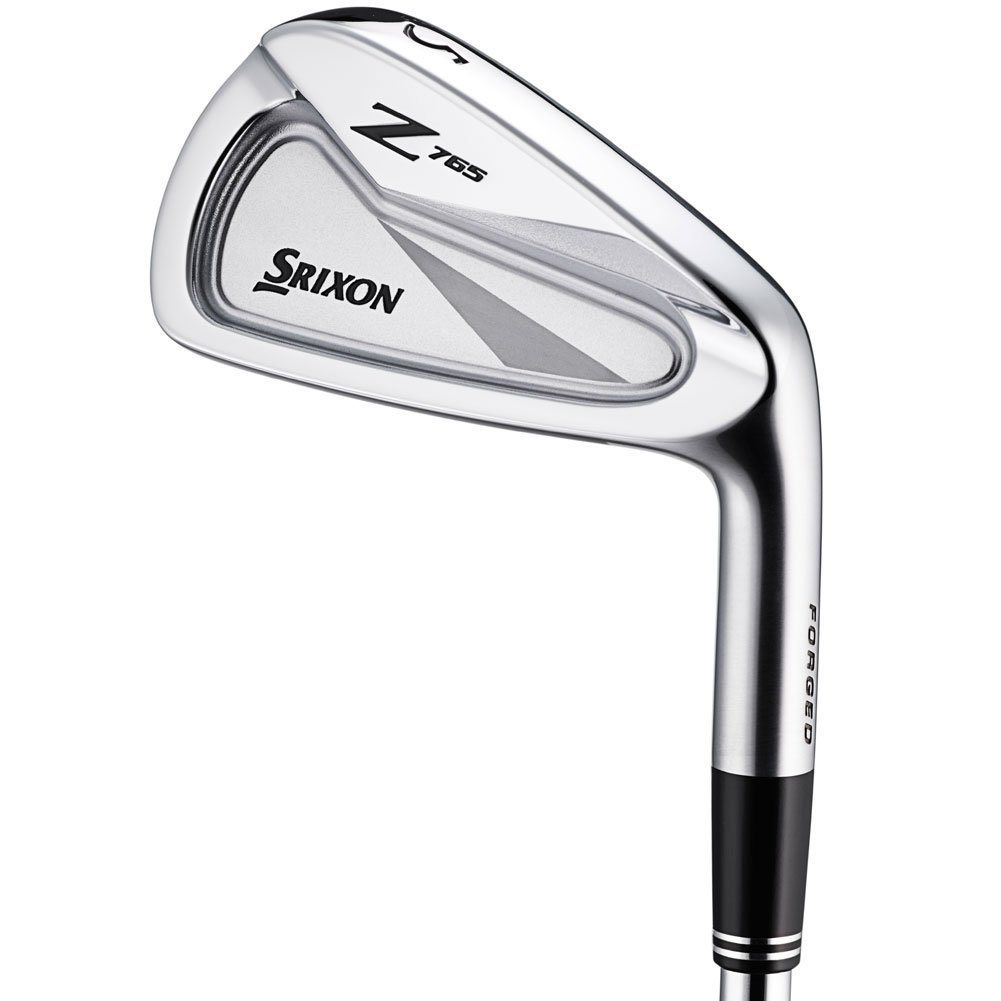 The Srixon Z765 Irons features the signature Tour V.T. Sole on all Srixon irons. The iron features a trimmed heel, toe and trailing edge. This creates a keel in the clubhead's center bottom. This gives it the same quality of performance as the Titleist AP2 Irons. The contact time between clubhead and the ball is restricted and this enhances consistency. The irons do not feature a classic blade, but rather sports a muscle back with a shift of mass towards the toe. The shape of the clubhead is nearly similar to the Titleist AP2 except for the high density tungsten on the latter. 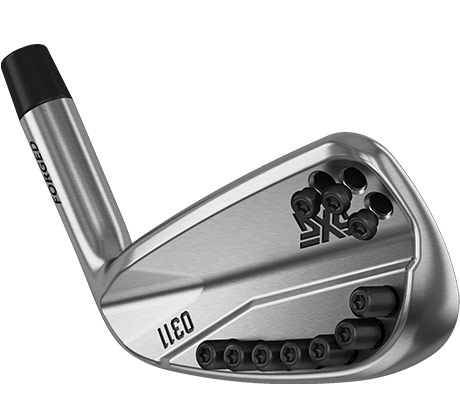 The PXG 0311 Irons is the closest to the Titleist AP2 irons. It is one of the irons that feature a high density tungsten weighting on this Titleist AP2 Irons review. The weighting is not pro-forged, but rather comes as 11 black screws on the edges of the carbon steel head. The face of the iron does not have CNC milling and there is no point to shift the weight of this iron. This underpins the forgiveness of the irons. If you are looking for an iron with high forgiveness, the Titleist AP2 line of irons will be a better option.

The irons sport a cavity back, just like the one on the Titleist AP2 irons. The cavity have a plastic that reduces vibrations at impact. It also allows more of the pin to be placed on the ball for longer distances. It features True Temper Dynamic Gold shaft, the same one on the Titleist AP2 irons. The PXG 0311 Irons have a compact and sleek look and feel comfortable on the hands. The tungsten weights lower the CG, giving the player more control and increasing the chances of hitting the sweet spot. Just like the Titleist AP2, the PXG 0311 Irons is designed for tour performance. However, it also comes in handy for amateur use. As for esthetics, its badging looks awesome and it has a thin topline. 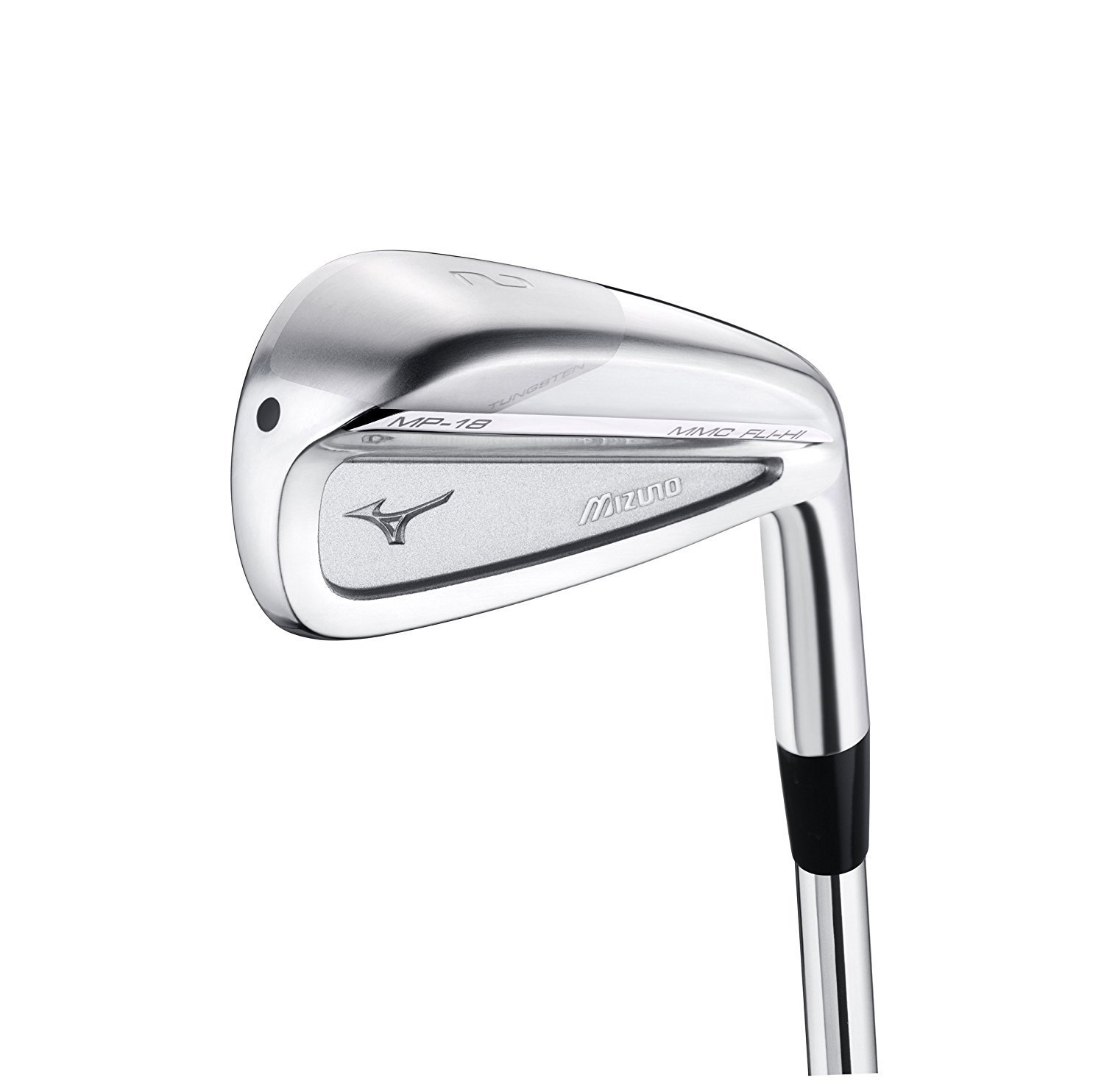 The Mizuno MP18 is forged from 1025E pure-select mild carbon steel. The grain flow forged iron features a high density clubhead to concentrate the grain for maximized feedback. At a closer look, the MP18's are muscle backs and sport a clean and classic blade. As you move towards the shorter irons, the heads look more of blades. Its multi-material construction, which is more like the Titleist AP2, enhances its performance and its durability. The unit has 8 grams of titanium incorporated during forging.

Longer irons in this line of irons have a 20g toe weight, which drops the CG even lower for more control. The lowered CG enhances the forgiveness of the irons, making it easier to hit the sweet spot. The sweet spot is immense, bigger than that of the Titleist AP2. This reduces the chances of off-center hits. These irons are available in three variations to cover all the needs of handicappers. With the high forgiveness of this club, the great control it offers the players and its general design, it is suitable for amateurs as well as those seeking to improve their game. The cavity back of this club sticks out at address. This looks like it clutters the sweet spot and you may feel like the club is less forgiving. The club, however, is highly forgiving.